Take the Civic Science Challenge at the PNA MediaThon! 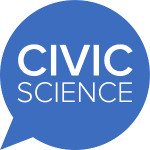 Next Saturday, our sponsor CivicScience will provide MediaThon participants with a login to access all of CivicScience’s public data for the day! Think you can tell a compelling story about real-time trends that are emerging from CivicScience? Utilizing CivicScience in your MediaThon project will not only add bonus points to your final score toward the $1000 grand prize, but you and your teammates will receive a bonus round of drink tickets in your bounty! 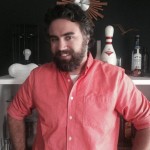 For over six years, Civic Science has shaken up the world of market research with innovative consumer science that allows companies to tap into real-time consumer insights for better decisionmaking and marketing. Read more about their awesome story and company here.

It’s all about the numbers 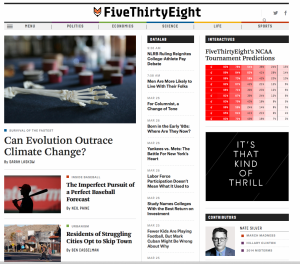 My recent obsession is Five Thirty Eight, which launched recently by Nate Silver and ESPN. The data-driven website covers politics, economics, science, life and sports topics. Silver and his team have taken data journalism to a whole new level! If you haven’t checked it out yet, it’s a must! http://fivethirtyeight.com/

You should also check out our own Dorian Benkoil’s article where he gives you tips on maintaining data as lifeblood http://www.naa.org/Topics-and-Tools/Digital-Media/Innovations/2014/Maintaining-Data-as-Lifeblood.aspx

Scouring the internet for innovative and interesting pieces of media content, I came upon this video from Save the Children UK:

On March 5th, Save the Children UK posted this video, called “Most Shocking Second A Day Video”.  Save the Children made the video to spread awareness and raise funds to help Syrian children on the third anniversary of the armed conflict in Syria. Within 24 hours this video received over 2,000,000 views on YouTube.  Simply put, the video edits together a series of short clips in the style of “a second a day” of a young English girl.  Over the course of 1 minute and 18 seconds, we see the happy and normal life of a young girl decline into chaos and tragedy as dangerous circumstances unravel.

The video opens with a celebration: our protagonist’s birthday.  In the ensuing seconds-long clips we see hints of political unrest in the background, on the television and radio and in newspaper clippings. Quickly, the girl’s life is thrown into disarray as she and her family flee explosions, become homeless, slip past check points, and deal with other harrowing situations.  The girl finally ends up at a refugee camp, where in the final scene–presumably one year after the opening clip–she celebrates her next birthday under completely different circumstances: alone, sad, and without hope for the return of the life she once had.

There are several aspects of this video I found particularly poignant. The “second a day” approach (i.e. using several short clips edited together to give the sense that a large amount of time elapses) conveys a strong message of how quickly circumstances can change in life: in less than a minute and a half, we see an entire year fly by in a flash where the protagonist’s world is turned upside down. While this may seem extreme to a Western audience, many in Syria faced similar rapid displacements within months, making this quick series of events quite realistic.  Viewers can easily relate to the young central figure, and we get the sense that this sort of situation could happen anywhere. The scenes and clips in the video, while not gratuitous, are highly suggestive of violence.  The evocative nature of the short edited scenes allow for the imagination to fill in the gaps on other things that could be happening in this young girl’s life–an emotion gestalt allowing viewers to interpret a whole narrative around the plight of the video’s protagonist.  Each clip is filled with vivid details, including personal moments that anyone can relate to as well as minutiae associated with the escalating conflict. I could go on and on. It’s no question that a talented team of folks made this video.

While I think this is a terrific example of good cause-based media content consumable in under 2 minutes, I only hope that Save the Children didn’t spend too much money (that they could be sending to help children in Syria) to produce this video. Regardless, take a few minutes to watch the video for its visual pacing and the style of the imagery as the narrative unfolds.