About the media and media tech businesses.

A Holiday Wish of Gratefulness

Every Friday evening, my family and I light a candle and count some “gratefuls.” These can be mundane happenings of the week or transcendent gifts in our lives: a new birth, health, passing an exam, a new piece of business or promotion, even that we have a meal to share.  The practice is adapted from a friend and former client’s religious tradition. That’s something else I am grateful for: the ability to constantly learn, to be exposed to new and better ways. I’m grateful for fellowship and companionship, for the overflowing enjoyment I can get from a smile or a kind word, and for the ability to do the same for others.

These are all gifts I cherish more than material goods I’m likely to get.  I’m also grateful to business partners, clients, colleagues and people who’ve put so much energy into MediaThon events, and for the smiles and laughter and creative output the events generate. I’m grateful to students I teach and consumers of media I produce and that I can help others make their media more effective.

And I’m grateful that I can wish you a year full of “gratefuls,” abundance and joy.

Media News Roundup: Japanese Buzzfeed, 2016 Candidate Ads on Instagram, and Twitter’s Sale of Video Ads Outside of their App 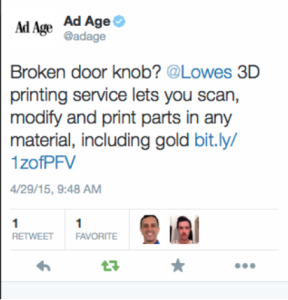